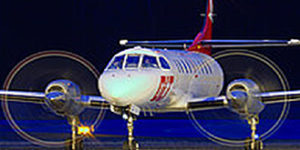 The Metroliner was an evolution of the Swearingen Merlin turboprop-powered business aircraft. Ed Swearingen, a Texas fixed-base operator started the developments that led to the Metro through gradual modifications to the Beechcraft Twin Bonanza and Queen Air business aircraft, aircraft he dubbed Excalibur.

Then a new fuselage (but with a similar nose) and vertical fin were developed, married to salvaged and rebuilt Queen Air wings and horizontal tails, and Twin Bonanza landing gear; this became the SA26 Merlin, more-or-less a pressurized Excalibur. Through successive models the engines were changed to Pratt & Whitney Canada PT6 and then Garrett TPE331 turboprops. These were marketed as business aircraft seating eight to ten passengers.

An all-new aircraft was built and called the SA226-T Merlin III with new nose, wings, landing gear, cruciform horizontal tail and inverted inlet Garrett engines. Ultimately a stretch of the Merlin III was designed, sized to seat 22 passengers and called the SA226-TC Metro. Because FAA regulations limited an airliner to no more than 19 seats if no flight attendant was to be carried, the aircraft was optimized for that number of passengers. The standard engines offered were two TPE331-3UW turboprops driving three-bladed propellers 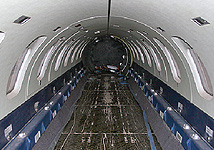 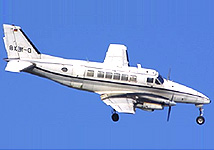 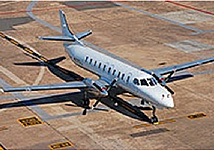