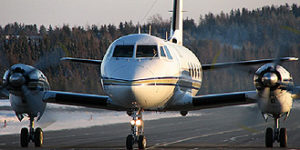 Grumman Gulfstream I is an American twin turboprop business aircraft. It first flew on August 14, 1958.

Design work began in 1956, with first flight of the Gulfstream I prototype occurring on August 14 1958. FAA Type certification was awarded on May 21 1959 and deliveries of production aircraft followed from that June. Notably, the Gulfstream I was the first US twin engined corporate transport to be certificated to cruise at 30,000ft.

As the first in the Gulfstream line, the GI established the basic fuselage cross section that carries through today to the Gulfstream IV and V. Other features were the RollsRoyce Dart turboprops which gave the I good high speed cruise performance and an auxiliary power unit allowing independent operations from remote strips, providing power for the air conditioning and electrical systems prior to engine start. 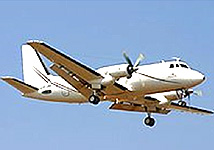 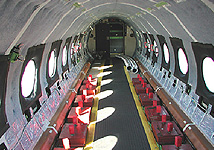 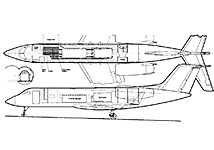