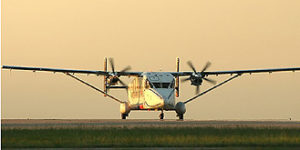 The basic Short 330 was a passenger aircraft intended as a short range regional and commuter airliner, and had been designed to take advantage of U.S. regulations which allowed commuter airlines to use aircraft carrying up to 30 passengers, thereby replacing smaller commuter airliners such as the Beech 99 and the Twin Otter. The Short 330 entered service with Time Air (a Canadian Airline) in 1976. Despite its somewhat portly looks (one regional airline affectionately dubbed it the “Shed”); it soon proved to be an inexpensive and reliable 30-seat airliner.

The 330 was somewhat slower than most of its pressurized competition, but it built up a reputation as a comfortable, quiet and rugged airliner. The quiet running of the Pratt & Whitney PT6A-65R was largely due to an efficient reduction gearbox. The cabin was the result of a collaboration with Boeing engineers who modeled the interior space, fittings and decor after larger airliners. The use of a sturdy structure complete with the traditional Short braced-wing and boxy fuselage configuration also led to an ease of maintenance and serviceability.

Production ended in 1992 with a total of approximately 136 being built (including freighter and military versions). As of 1998, approximately 35 were still in service. The 330′s design was refined and heavily modified, resulting in the Short 360. 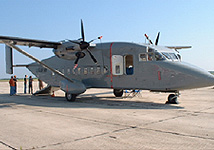 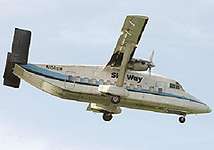 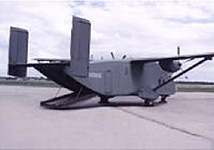