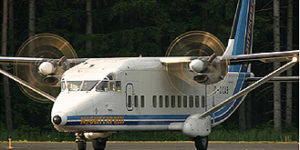 The Short 360 is a 36-seat derivative of the 30 seat Short 330. In high density configuration 39 could be seated. The two Short airliners share a high degree of commonality and are very close in overall dimensions and size. The later 360 is easily identified by a larger, swept tail unit mounted on a revised rear fuselage. The 360 has a 91 cm (3 ft) fuselage “plug” allowing two more seat rows and six extra passengers to be carried, while the extra length smoothed out the aerodynamic profile and reduced drag. Power is supplied by two Pratt & Whitney PT6A-65Rs, and the 360′s wingspan is slightly greater. The development was announced in 1980, prototype first flight on 1 June 1981 with type certification awarded on 3 September 1981.

Once in production, Short marketed a number of 360 developments, the first of which was the 360 Advanced with 1,062 kW (1,424 shp) PT6A-65-ARs. The 360 Advanced was introduced in late 1985, soon followed by the further improved 360/300, which entered service in March 1987. The 360/300 introduced advanced six-blade propellers, more powerful PT6A-67R engines which combined with other aerodynamic improvements, giving a higher cruise speed and improved “hot and high” performance. The 360/300 was also built in 360/300F freighter configuration.

The Short 360 entered service with Suburban Airlines (later merged with Allegheny Airlines/US Airways) in November 1981. Building on the strengths and reputation of its earlier 330 antecedent, the 360s found a niche in regional airline use worldwide, being able to operate comfortably from 1,400 meter (4,500 ft) long runways – opening up hundreds of airfields inaccessible by scheduled flights. With a cruise speed about 370 km/h (215 mph), at an altitude of 10,000 ft, the 360 was not the fastest turboprop in its market but it offered more than acceptable performance for a reasonably affordable price tag combined with ease of service and maintainability. The PT6A turboprops are fully ICAO Stage 3 noise-compliant, making the 360 (and its 330 cousin) one of the quietest turboprop aircraft operating today. Production on the 360 ceased in 1991 after 165 deliveries. As of 1998, approximately 110 360s were in service. 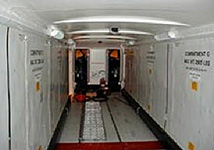 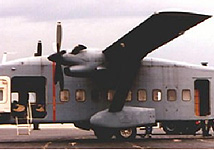 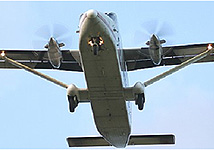