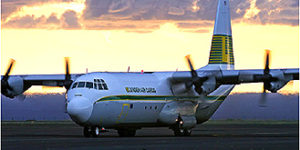 The Lockheed C-130 Hercules is a four-engine turboprop military transport aircraft built by Lockheed. It is the main tactical airlifter for many military forces worldwide. Over 40 models and variants of the Hercules serve with more than 50 nations. In December 2006 the C-130 became the fifth aircraft—after the English Electric Canberra, B-52 Stratofortress, Tupolev Tu-95, and KC-135 Stratotanker—to mark 50 years of continuous use with its original primary customer, in this case the United States Air Force. The C-130 remains in production as the updated C-130J Super Hercules. 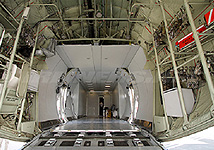 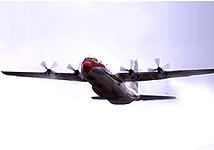 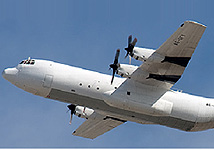