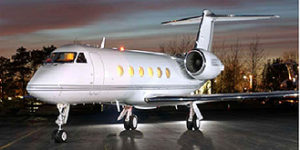 Marcel Dassault gave the go-ahead for production of an eight or ten seat executive jet or military liaison aircraft the Dassault-Breguet Mystère 20 in December 1961. The Mystère 20 was a low-wing monoplane with two rear-mounted Pratt & Whitney JT12A-8 engines. The prototype, registered F-WLKB, first flew on the 4 May 1963 at Bordeaux-Merignac. Under the influence of Pan American the aircraft was re-engined with two General Electric CF700 engines and some dimensions were increased. Pan American signed a contract to distribute the Mystère 20 in the western hemisphere and ordered 40 aircraft with options on 120. The re-engined aircraft first flew on 10 July 1964. The first production aircraft flew on 1 January 1965 and both French and American certification was awarded in June 1965. Deliveries began to the Pan American outfitting facility at Burbank Airport, California. In 1966 the company re-designated the American-delivered aircraft as the Fan Jet Falcon, this later became the Falcon 20. Military orders from Australia and Canada were received. All non-American aircraft were fitted out before delivery at Bordeaux-Merignac. In 1967 Pan American 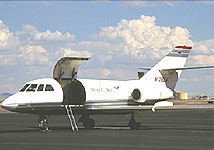 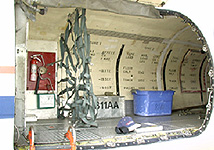 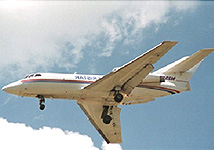