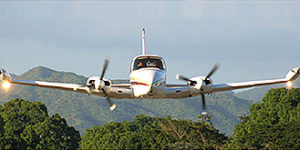 The 310 first flew on January 3, 1953 with deliveries starting in late 1954. The sleek modern lines of the new twin were backed up by innovative features such as engine exhaust thrust augmenter tubes and the storage of all fuel in tip tanks in early models. In 1964, the engine exhaust was changed to flow under the wing instead of the augmenter tubes, which were considered to be noisy.

The Cessna 310 was a common charter aircraft for the many air taxi firms that sprang up in the general aviation boom that followed World War II. The advantages to the Cessna 310 over its contemporaries, such as the Piper Aztec, were its speed, operating costs and after market modifications such as the Robertson STOL kits which made it popular worldwide for its bush flying characteristics. It could access short fields while at the same time carrying a large useful load of 2000 lb. or more at high speeds for a twin engine piston aircraft. 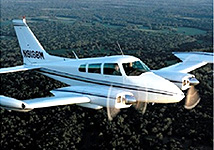 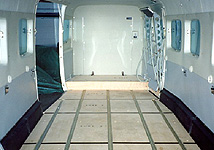 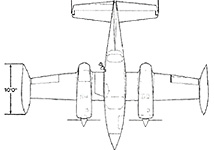