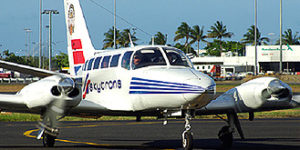 The Cessna 404 was a development of the Cessna 402 with an enlarged vertical tail and other changes. The prototype first flew on 26 February 1975. It is powered by two 375 hp/280 kW turbocharged Continental Motors GTSIO-520 engines. Two versions were offered originally; the Titan Ambassador Passenger aircraft for ten passengers, and the Titan Courier utility aircraft for passengers or cargo. By early 1982 seven different variants were available, including a pure cargo version, the Titan Freighter. The Freighter was fitted with a strengthened floor, cargo doors, and its interior walls and ceiling were made from impact-resistant polycarbonate materials to minimize damage in the event of cargo breaking free in-flight. 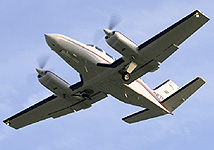 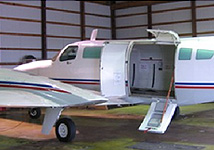 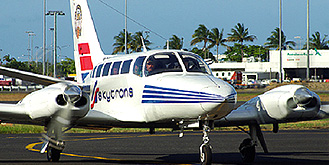