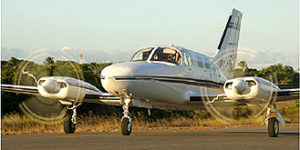 All 401s and 402s are powered by 300 hp (225 kW) turbocharged Continental engines with three-bladed, constant speed, fully feathering propellers. On later models cruise power was limited to 75% to reduce cabin noise. Some aircraft have a propeller synchro-phaser to reduce cabin noise and vibration.

The Cessna 401s, 402s, 402As and some 402Bs built from 1966 to 1971 had four small oval windows, which gave the aircraft a similar appearance to the pressurized Cessna 340. Starting half-way through the production of the Cessna 402B the window configuration was changed to the more distinctive five rectangular windows, an arrangement that was retained through the 402C model, until the completion of production in 1987. All 402Bs were equipped with tip-tanks. 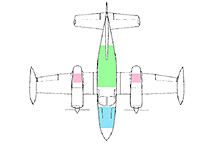 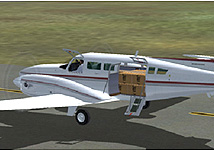 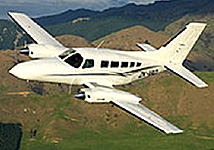