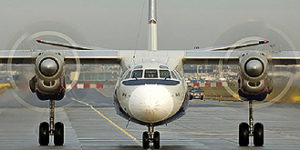 The Antonov An-24 Ruslan was the largest airplane in production until the Antonov An-225 was built. During development it was known as the An-400 and An-40 in the West, and it flew for the first time in 1982. Civil certification was issued by the CIS Interstate Aviation Committee on 30 December 1992. Over forty are currently in service and 20 were in commercial use in 1998.

The Antonov An-26 is a twin-engine light turboprop transport aircraft and is a development of the Antonov An-24, with particular attention to military use. First seen in 1969, it has a modified rear fuselage with a large cargo ramp. 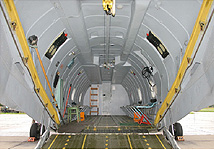 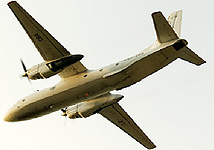 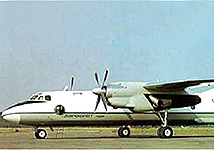