Antonov An-12 Available For Cargo Charter 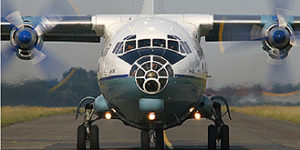 The Antonov An-12 (NATO reporting name: Cub) is a four-engine turboprop transport aircraft. It is the military version of the Antonov An-10.

The first prototype flew in March 1957. Over 900 had been built, in both military and civilian versions, before production finally ended in 1973. The An-12BP entered Soviet military service in 1959. In terms of configuration, size and capability, the aircraft is similar to the United States-built Lockheed C-130 Hercules.

In the 1960s, China purchased several An-12 aircraft from the Soviet Union, along with license to assemble the aircraft locally. However, due to the Sino-Soviet split, the Soviet Union withdrew its technical assistance. It wasn’t until 1974, when the first Chinese-assembled An-12 had its maiden flight. The Xi’an Aircraft Company and Xi’an Aircraft Design Institute worked to reverse engineer the An-12 for local production.

By 1981, the Chinese copy version of An-12, named Yun-8 (Y-8) entered serial production. Since then, the Y-8 has become one of China’s most popular military and civilian transport/cargo aircraft, with many variants produced and exported. Although the An-12 is no longer made in Russia or Ukraine, the Chinese Y-8 continues to be upgraded and produced. The latest Y-8-F600 is a joint venture between Shaanxi Aircraft Company, Antonov Aeronautical Scientific-Technical Complex (ASTC), and Pratt & Whitney Canada. The Y-8-F600 has redesigned fuselage, western avionics, PW150B turboprop engine with an R-408 propeller system, and 2-man glass cockpit. 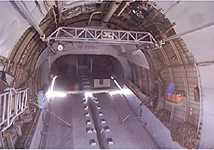 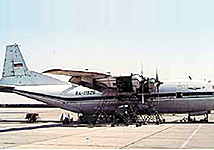 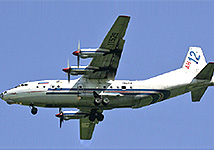